For those who don’t know, a creep feeder is not a diner that creeps go for a meal, it is an enclosed area where lambs can creep through openings too small for mommas and partake of the extra feed they need to grow while mommas (who are too big to fit) have to stay on their normal ration. ﻿ 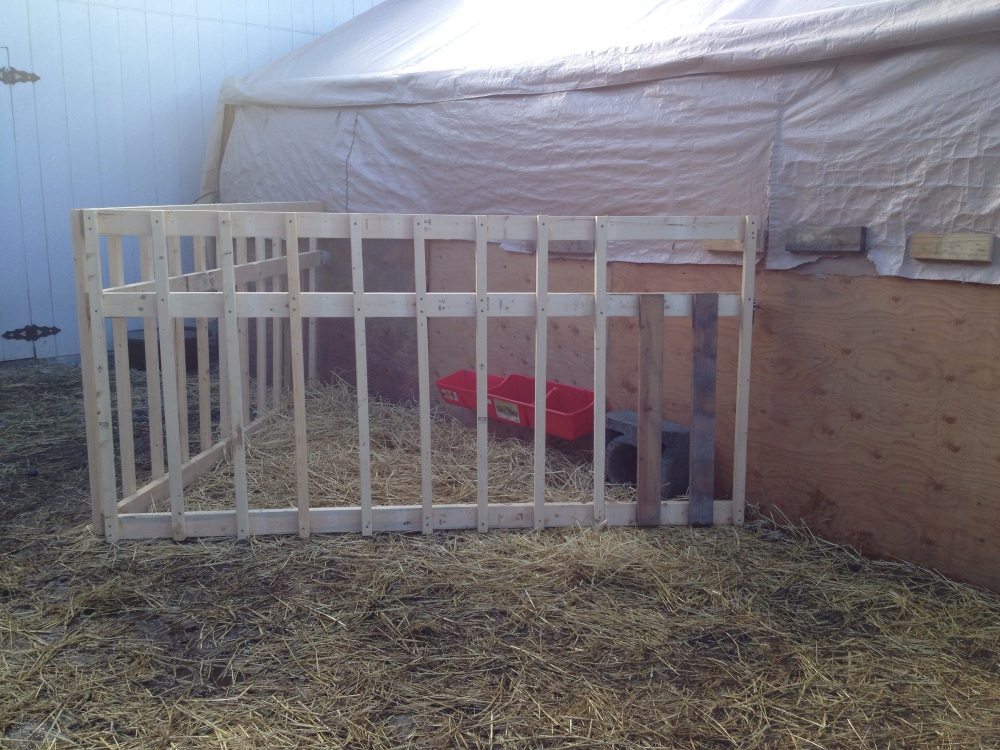 Our first attempt was based off some plans we found online. Simply make a panel with vertical rails 10.5″ on center.  Then mount the feeders and watch the babies grow. It sounded so  easy. 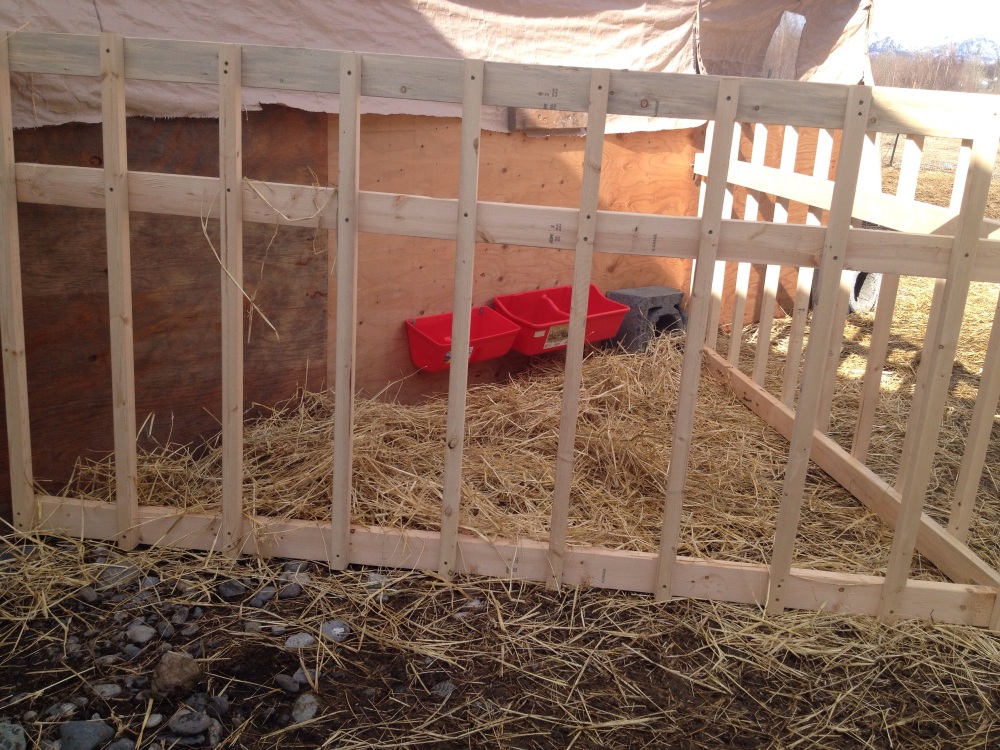 Because of space restrictions we elected to make our creep feeder a V shape rather than a square. The point is hinged so when not in use we can fold it flat and hang it like a ladder on the back of the barn, out of the way.

Billy and Bridget tried it out and liked it right from the start. 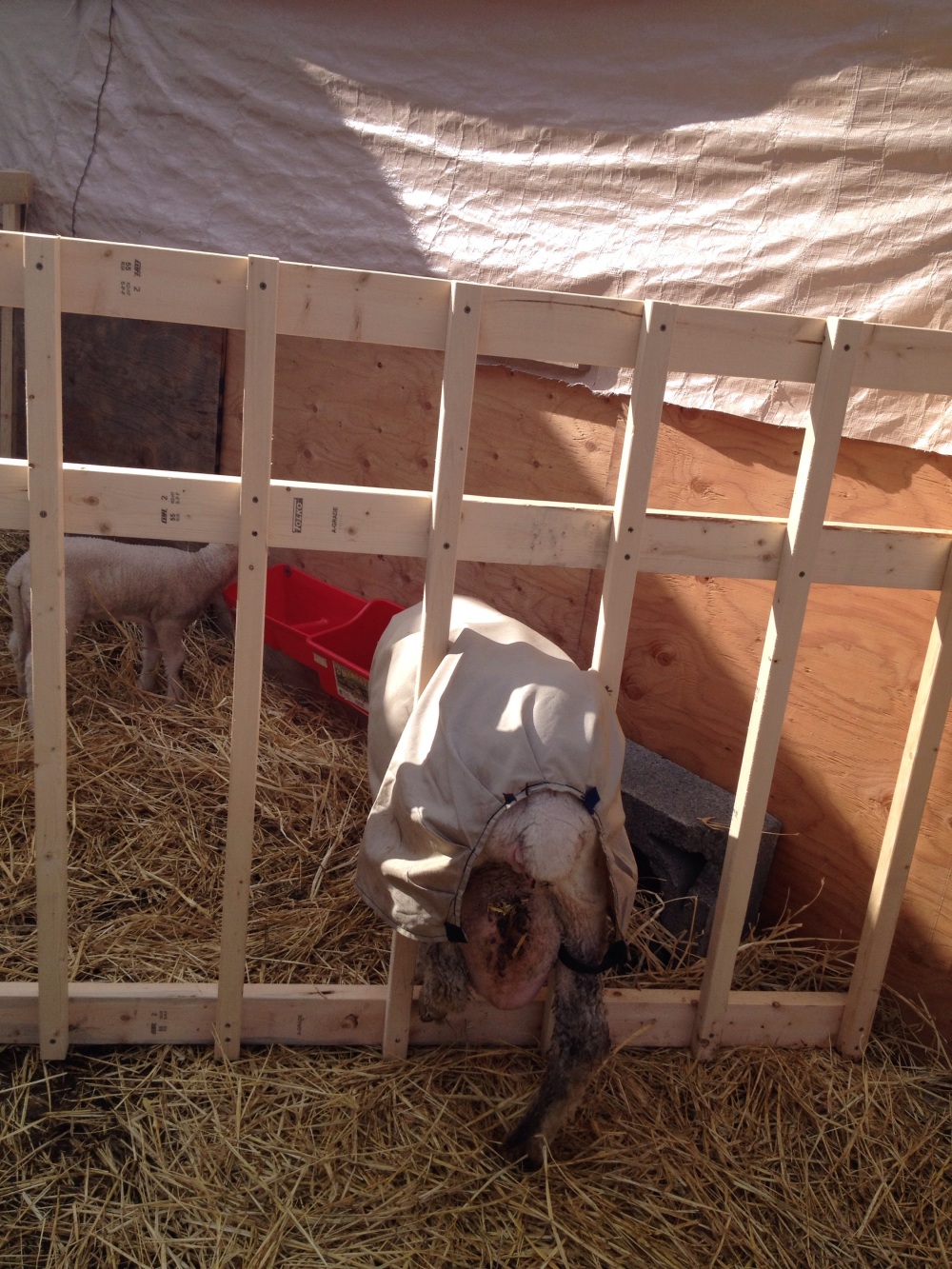 Then Nellie decided to check it out. The grain was a great motivator and she was able to wedge her big old self through the uprights by wiggling and squiggling like a﻿ girl wedging herself into a pair of skinny jeans.

Back to the drawing board. 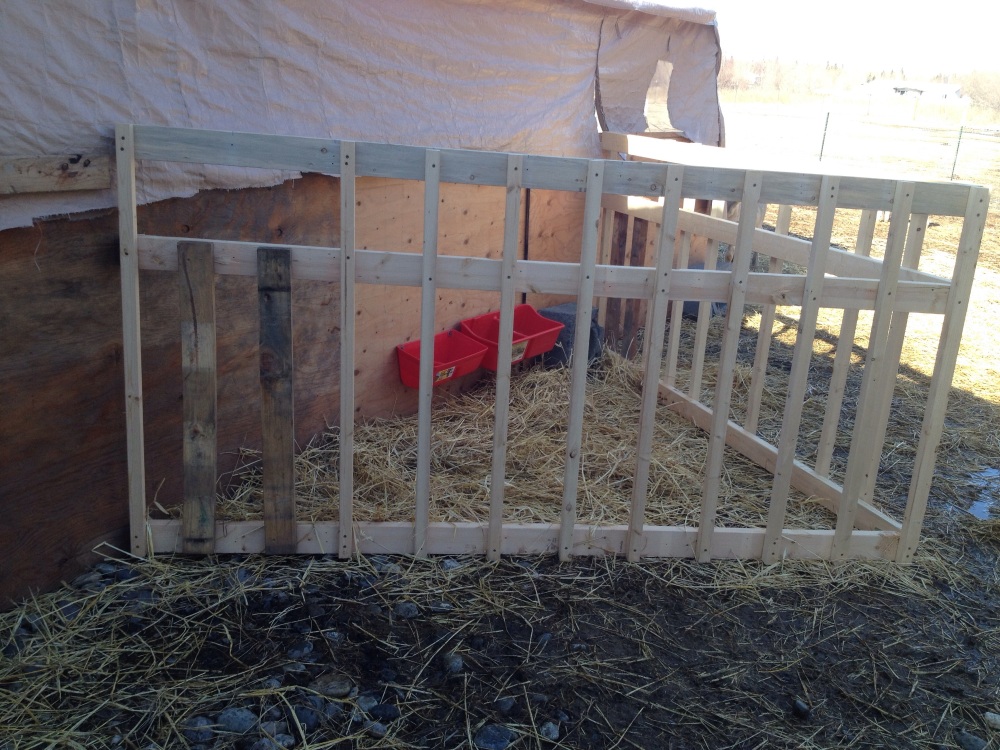 ﻿We slid all the verticals rails over to 9″ centers. Since we didn’t have extra 2X2’s laying around we used some lengths of 2X4 that we had on hand to cover the gap.

The la﻿mbs found the feed with ease and this time mom had to be content to watch from the outside.

We are going to put a short roof over the feeder portion to keep the weather out of the feed troughs.

The hardware consists of 2 hinges 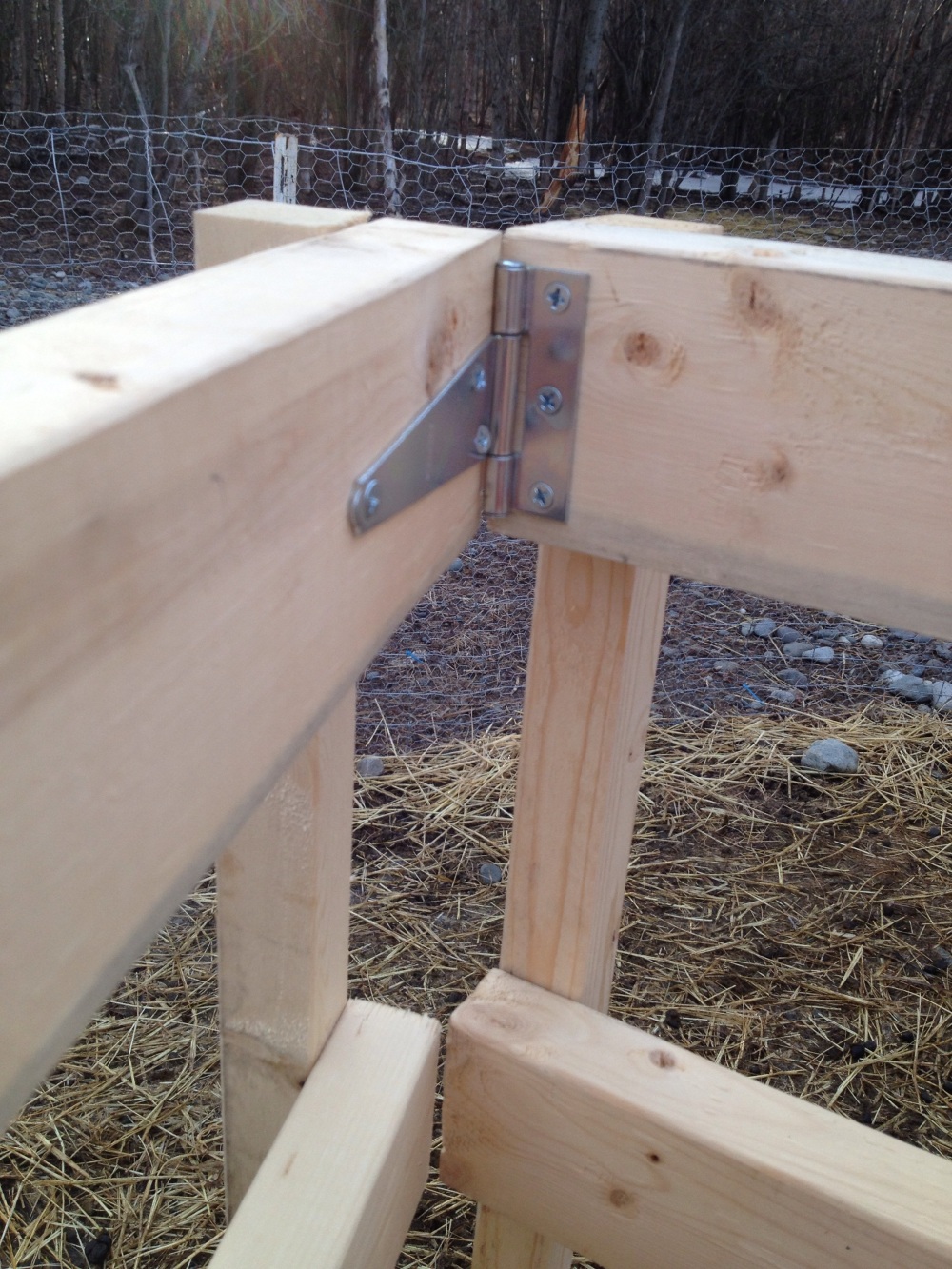 An extra Allen wrench﻿ as a locking pin.

And 2 joiner plates that we bent to fit. ﻿