I know it’s hard to see but I only had my phone and I couldn’t get too close. This yearling moose is hanging around the field behind our pasture. Last night he was charging the fence, striking at the dogs. Tonight he just has cranky face. 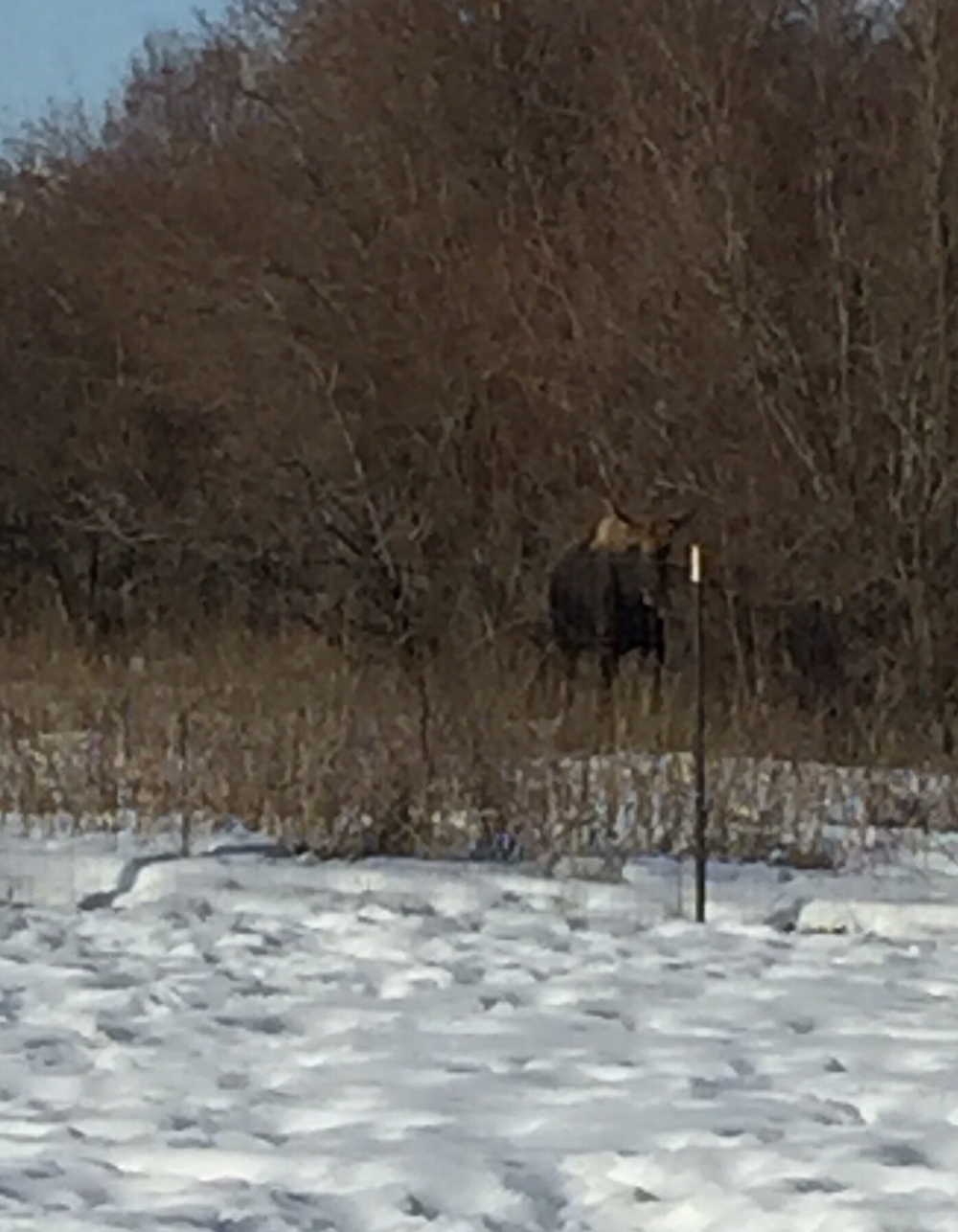 Last night the dogs actively engaged him and they raced up and down the fence line. Moosey was snorting and striking at them and the dogs were LOUD. I let them work for just a couple minutes then called them off to see what Moosey would do. He moved away when the pressure was off. If the dogs started in again he came back to charge and strike so I told them to “watch quietly” which they did. The quiet pressure kept him at bay better than chaos and commotion. 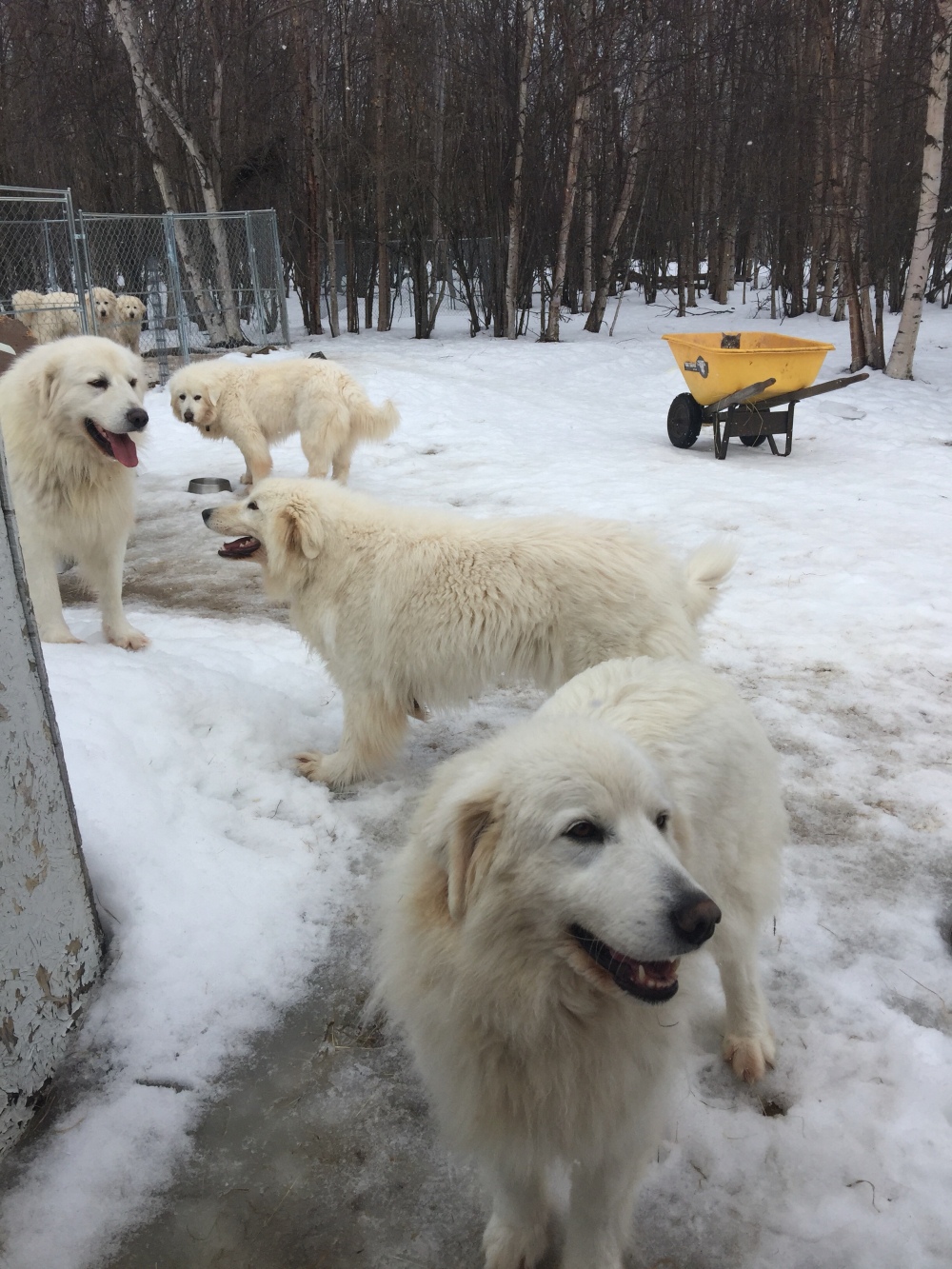 Of course the dogs questioned my judgement (and my safety) and I nearly tripped over them repeatedly while I finished my chores but I’m super proud of how they handle themselves.

Anastasia and Bella both worked just like pros – they have both come into their own as part of this pack picking up Guardian behaviors without missing a beat.

For those that missed the back-stories, Ana was lost from her new home at 4 months old and was running wild for 6 weeks before being trapped and returned to our farm. She was a little feral but has settled nicely and her instincts are spot-on in spite of her challenge.

Bella was gone from our farm for 4 years before being surrendered to animal control. We were lucky that she was chipped so we got a call and were able to adopt her very quickly. Her history is a bit of a mystery, we know the basic outline but not the details. In spite of any hardship she is a loving gentle girl who has also learned to work as part of a team. 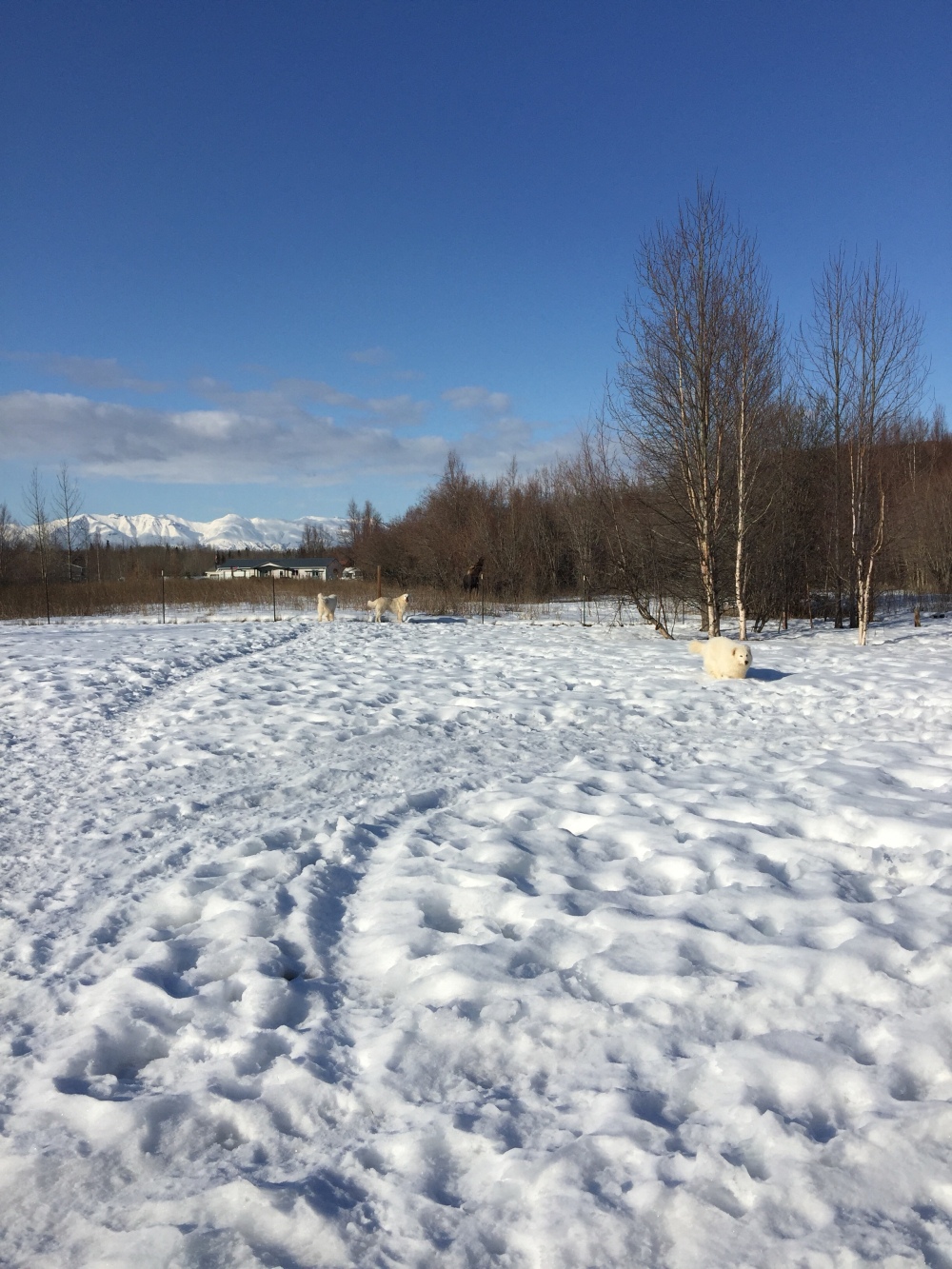 When the alarm went up Mia went to the sheep as is her role. Rocco, Bella, and Anastasia went to the fence. Once I saw who it was and told them to watch quietly one after the other would circle back to me as I fed and water the sheep pens closest to the interloper. Once I was checked on they would go back to the perimeter and keep pacing and watching. I know I should have been armed, especially after last night, but it was such a pretty day I only thought to grab my sunglasses and not a gun.

Even Bloo was keeping watch from atop a sheep feeder. He is such a character. I’m sure if there had been a fight he would have gone to help his dogs. At least I can’t trip over him when he’s 8′ in the air. 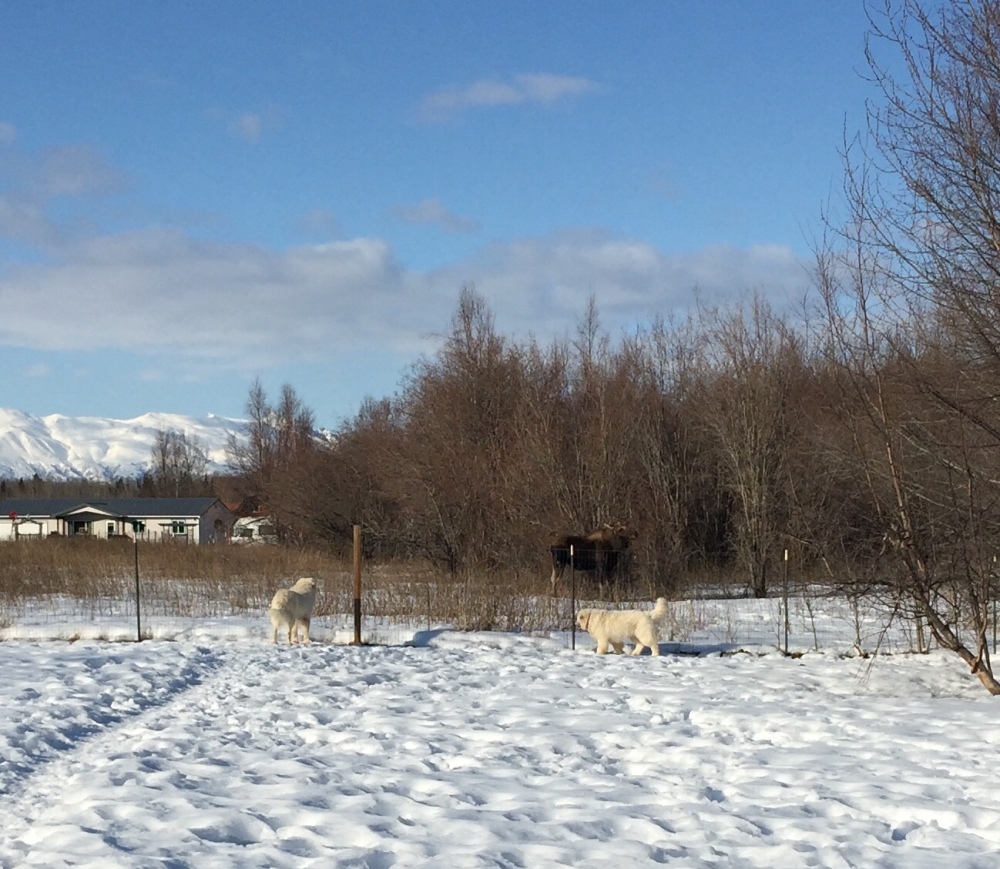 It was such a pretty evening. In spite of thinking I was wrong the dogs remained quiet and Moosey eventually went to find a snack farther from watchful eyes.

I love my Maremmas and I really don’t know how I could do what I do without them.