I inherited Charlie and his angels from a friend who was moving out of state. “I know you won’t eat them” and she was right. I promised to let them live out their days and live out their days they shall. The recent cold weather has been hard on Charlie, so I gave him a heated seat.

Tom makes water heaters out of popcorn tins by placing a light inside (you can see the glow along the side seam of the tin) which heats the tin making a radiant style heater. They get warm but not too hot. The past couple days have been sub-zero temps and Charlie has been huddled in a corner on the floor rather than strutting around or perching on the roost. I wanted to make him more comfortable so I set him on the warm tin which he apparently enjoyed because after a few minutes he left off huddling long enough to drink some water.

The cold has not inconvenienced our Maremmas however. I left Charlie on his heated throne and came out to find Al playing with ice. 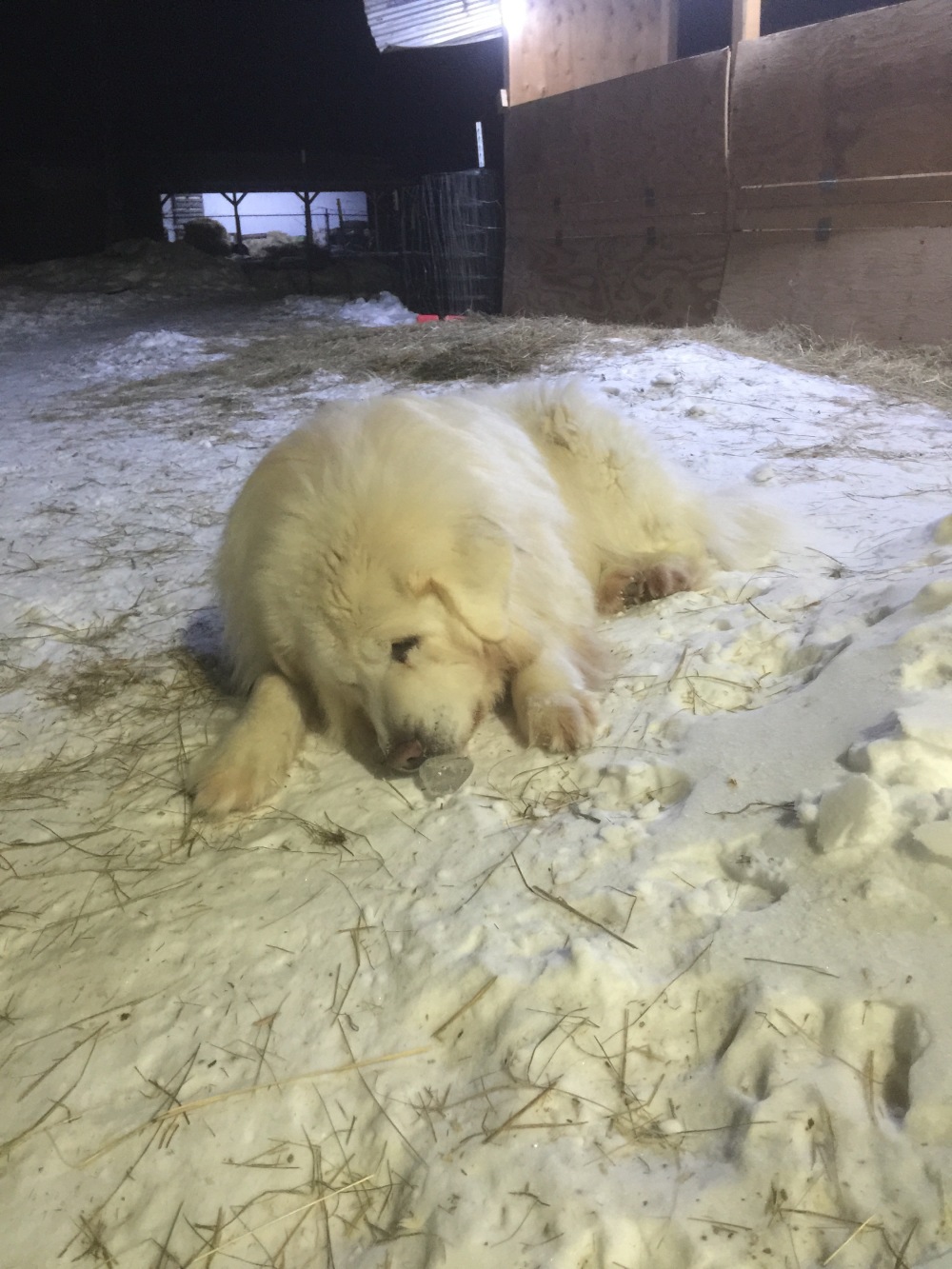 He had a chunk of ice and was tossing it in the air and watching it drop on the ground. Then he would pick it up, chew it a little, and throw it again.

As we walked past he abandoned his ice to flip on his back and show us his belly. Mia does this daily but Al almost never does so I took a moment to give him a good rub. I was freezing but he was warm and cozy. It was nice to warm my hands in that thick coat.
Although it’s eight below outside this evening, I know spring is right around the corner. I planted Basil over the weekend and it’s already making a start.  It gives me hope that maybe, someday, we’ll see green grass again and then my old animals won’t feel quite so old.