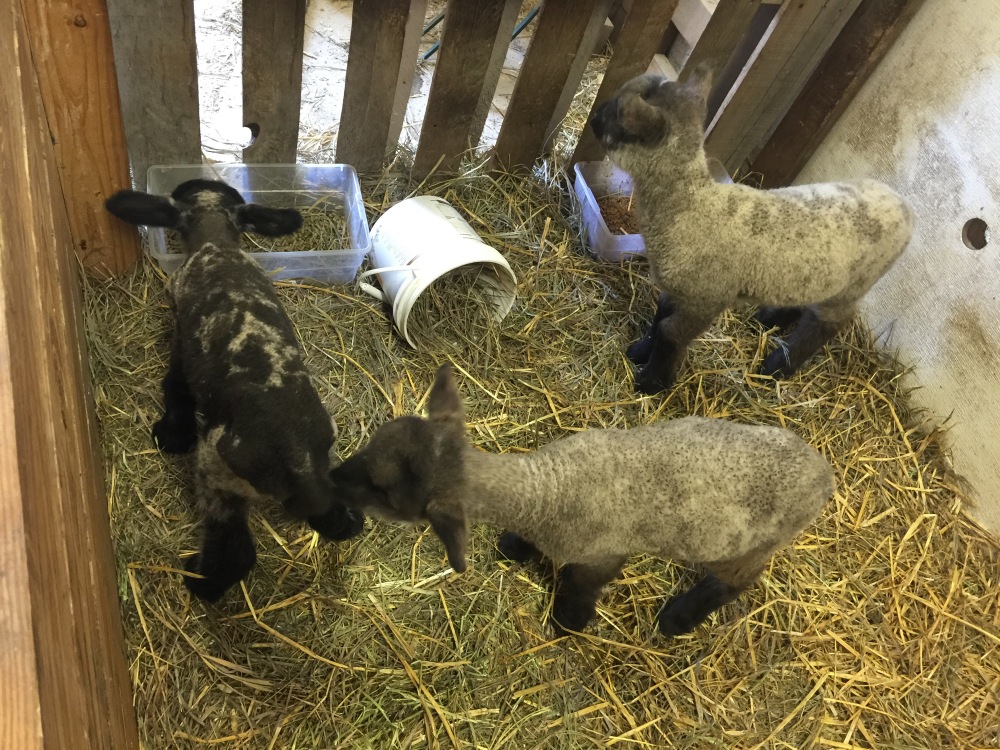 These little lambs are called Bummers because their mommas wouldn’t, or couldn’t, feed them and not eating will kill them -which would be a real bummer. So they have to bum meals off us two leggers in the form of bottles and buckets. 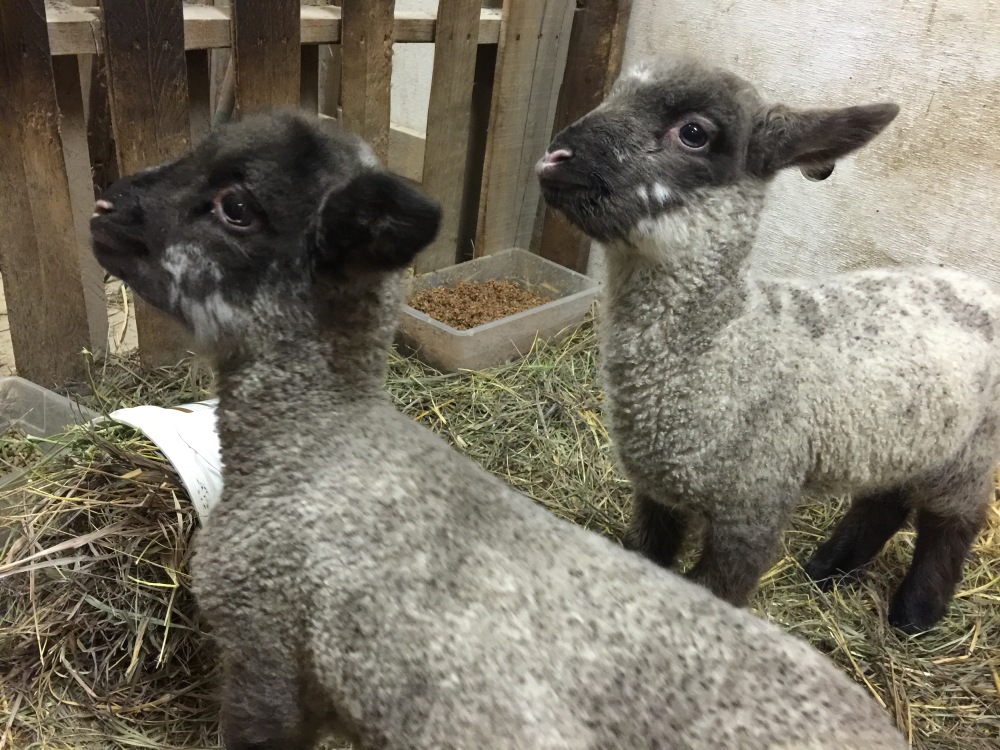 Duchess and Princess are 3 & 4 weeks old and are doing great. They are growing into beautiful little pranksters that make me wish I had barn cams. I never know what to expect from these girls so chores take forever because it’s more fun watching lamb races. 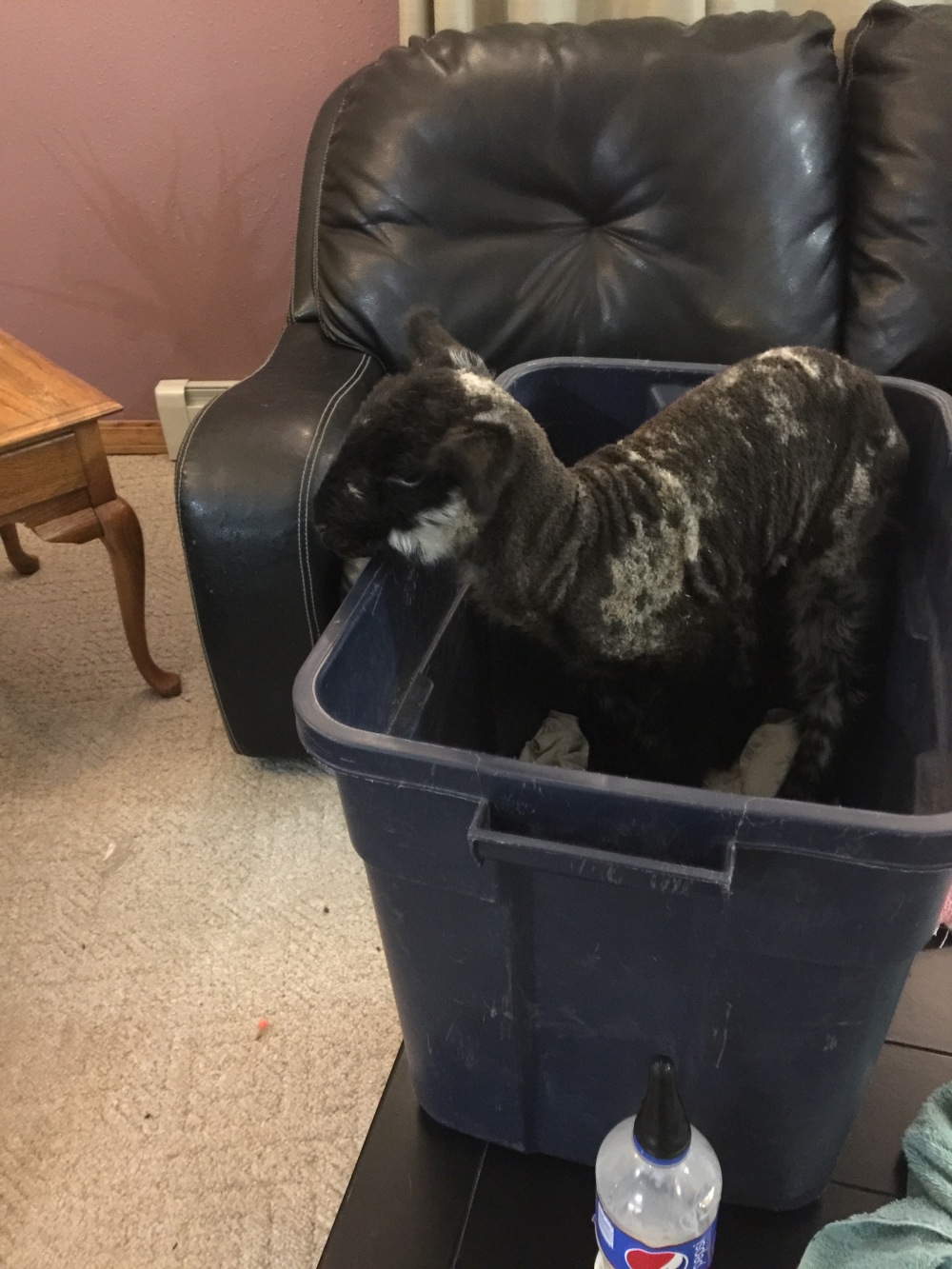 Our new guy still needs a name. He comes from a different farm and got off to a bit of a poor start. For some reason he didn’t want to nurse. His momma had milk but he would just nibble at her teat and not latch on and suck so he wasn’t getting any nourishment. This led to dehydration, hypothermia, and extreme lethargy.

Solving the basic problems was easy. We put him on the floor of the car with heat blowing on him. Breathing in the hot air helps warm his insides as the heater warms his outsides. 15 minutes later he was able to stand and took a couple steps. 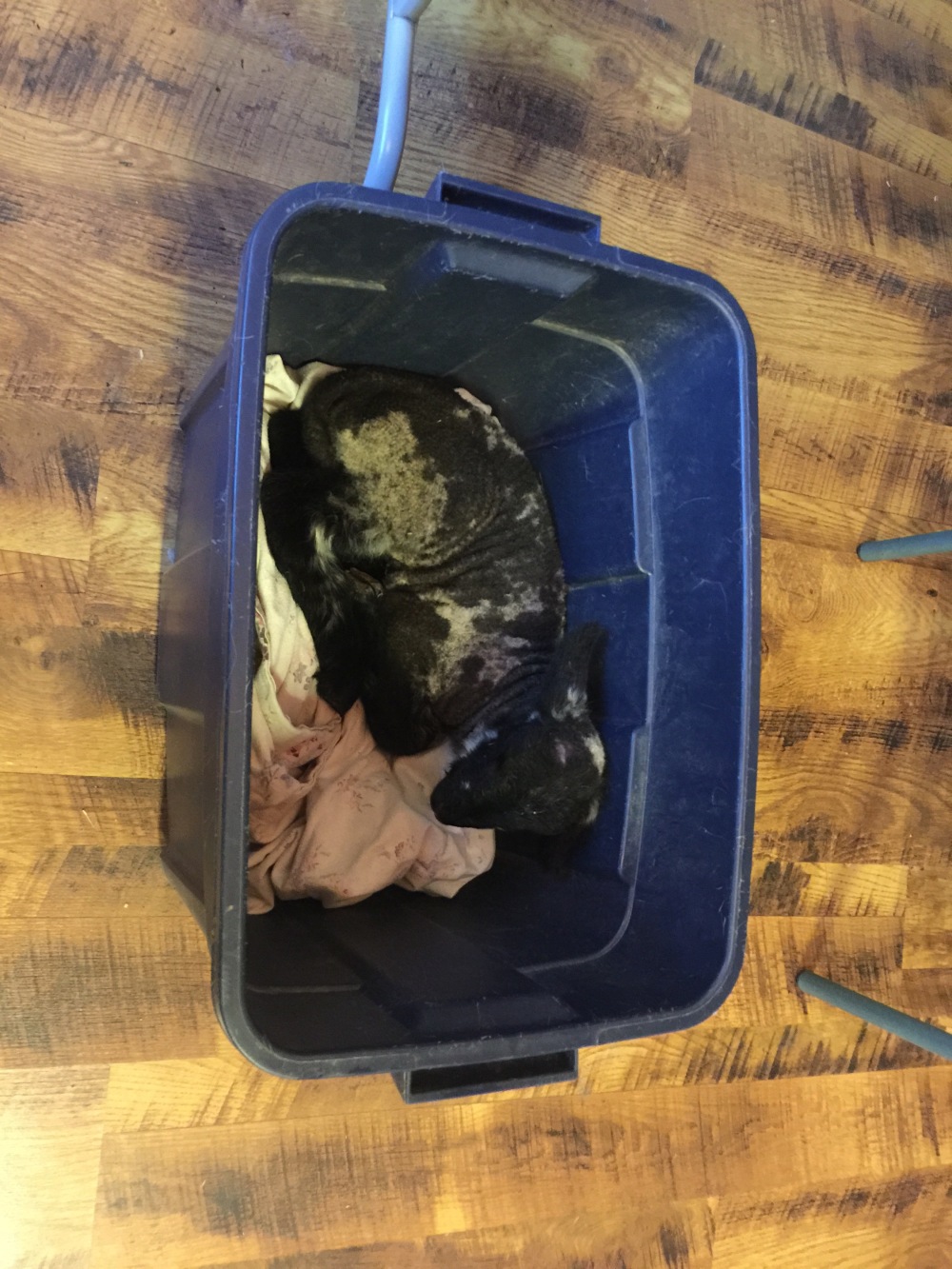 To address his other needs he was given a vitamin injection and bottle of warm lamb formula. He drank only a couple small sips, about 1/4 of an ounce, but it was a start. We fed him every 20 minutes, mixing some Pedialite into the formula to add electrolytes, and after the first hour he was able to latch on to the bottle much better. 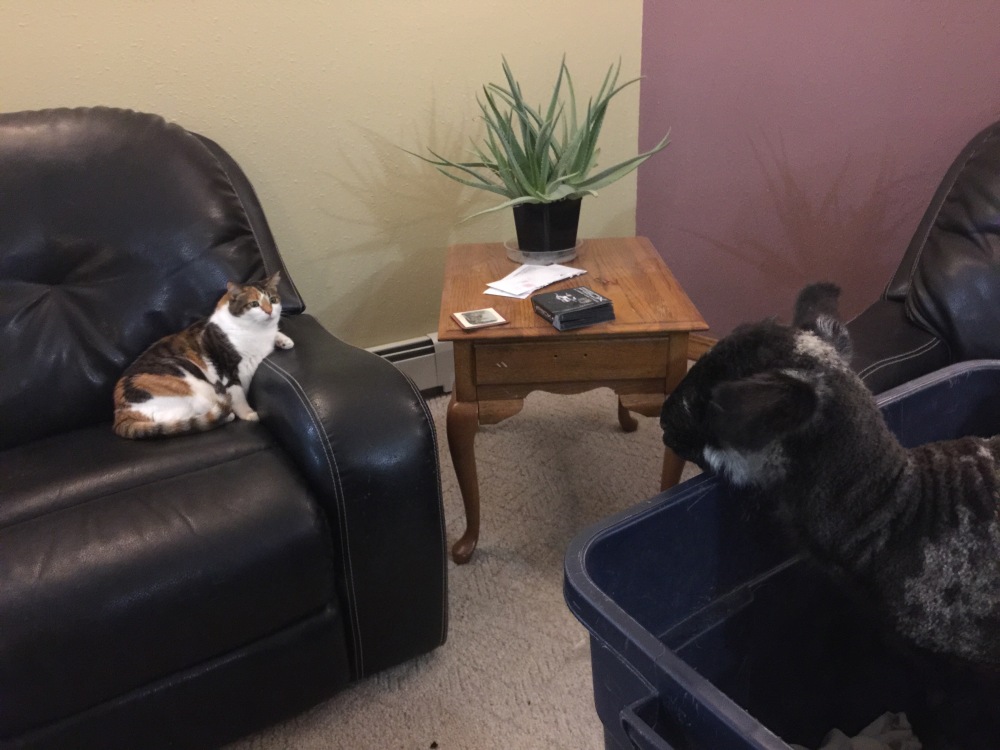 At the end of 2 hours he was able to suck down a whole ounce and was able to stand in his tote. The cat was rather suspicious of this new “puppy” on the coffee table but the house dogs were all thrilled. I’m so impressed with how gentle they are with this new creature. 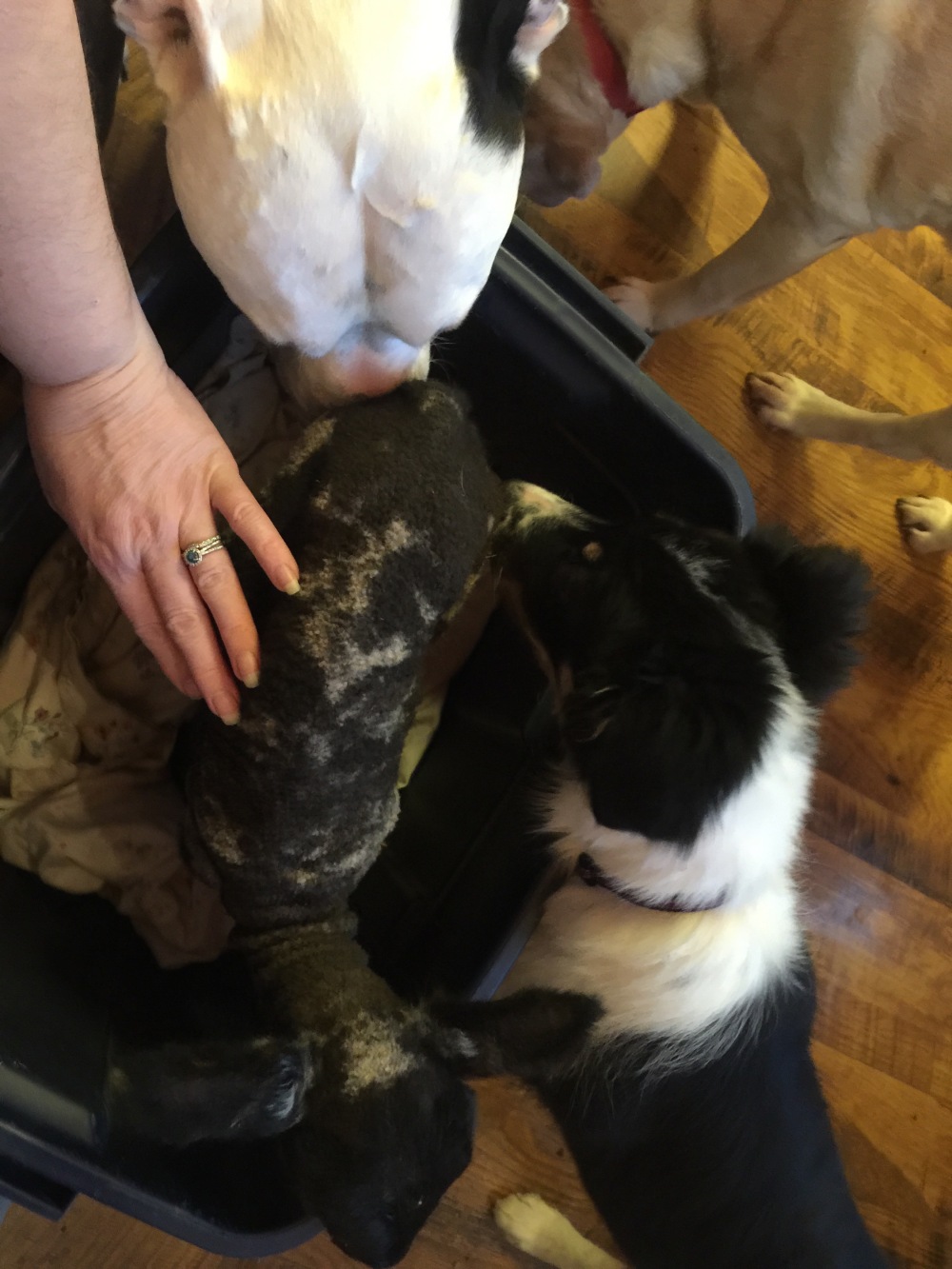 It was a long sleepless night with feedings every 2 hours but by morning his dehydration was abated and he was able to take a little more than  1.5 oz per feeding. And he was walking.

Here is a video of his first real stroll outside. Walking outside

It was time to move “he who would not be contained” to the nursery in the barn. Tom hauled him in his blue tote out to the barn with the feed. The Maremmas knew we had more than feed in that 6-wheeler 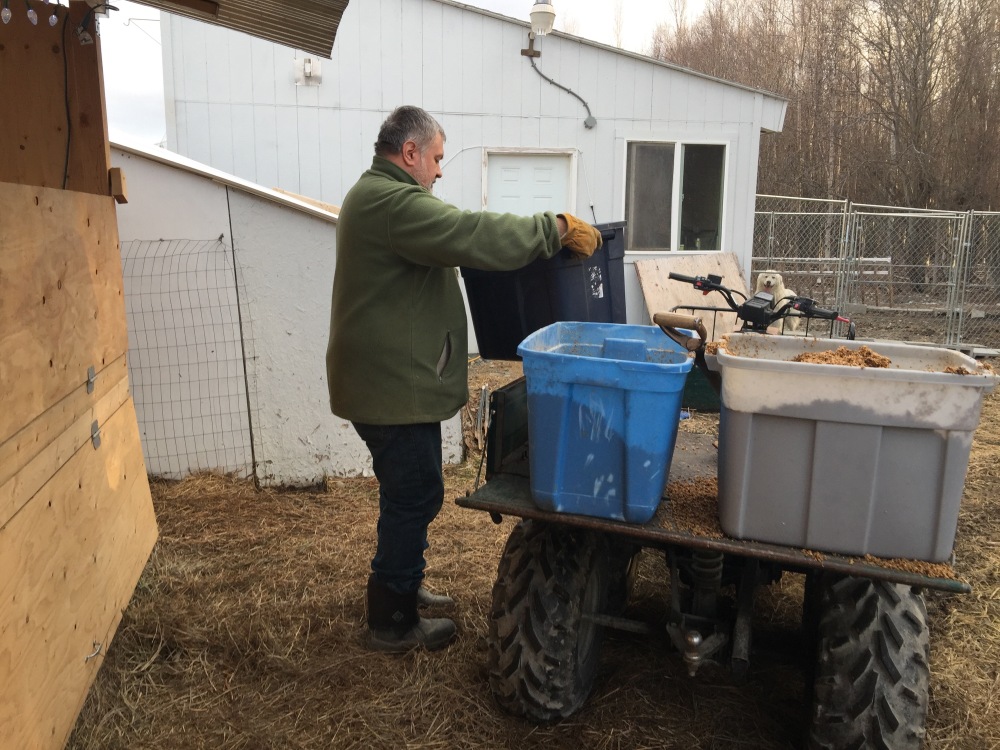 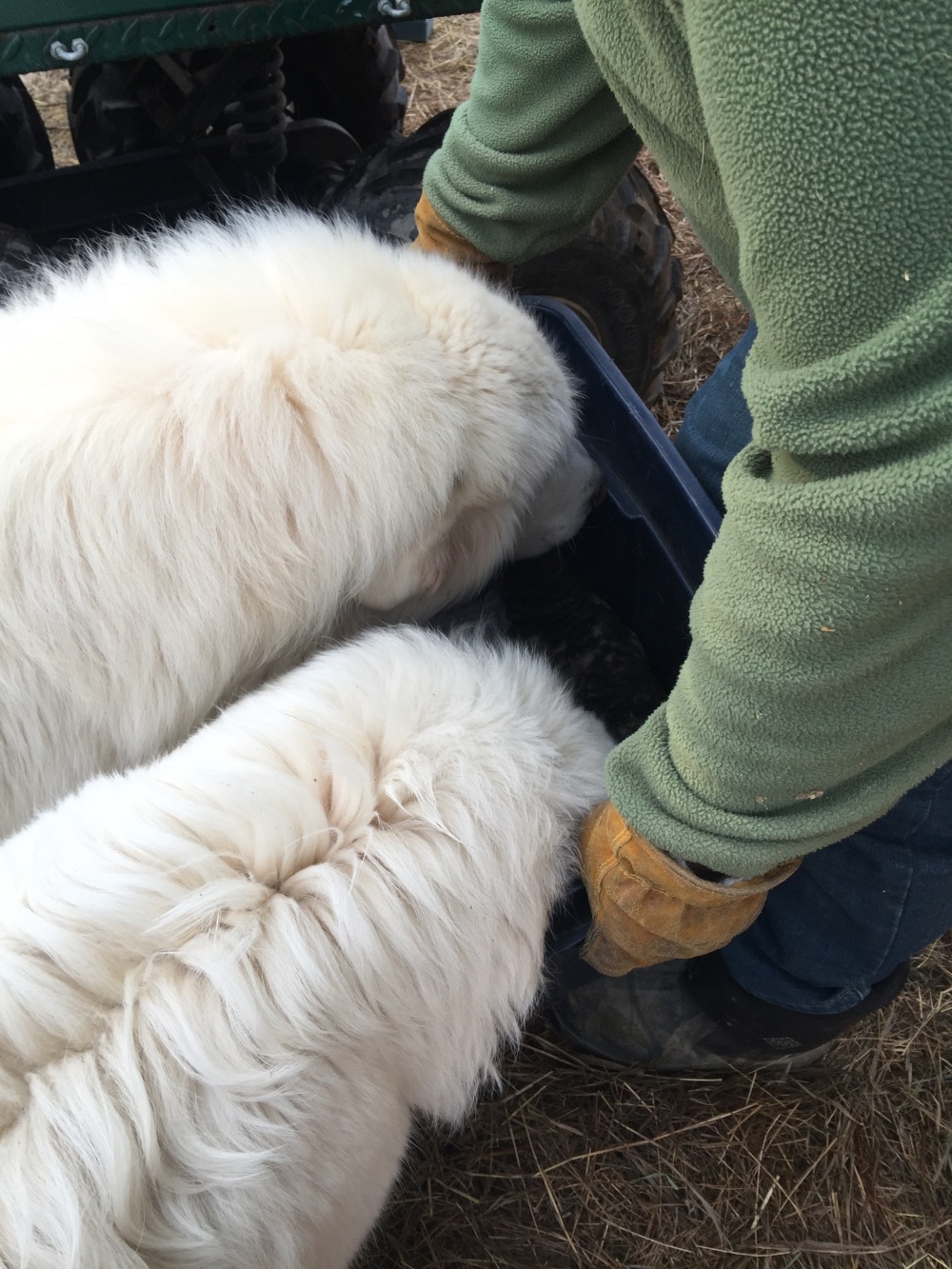 The little guy likes having “sisters” but the girls are pros at bottle feeding, and this guy still was not. Since I had just fed him in the house I opted for feeding the girls while he checked out his surroundings. He found the water bucket and proceeded to drink. This fascinated me because for 3 weeks I’ve kept the bucket clean and full and I honestly don’t think the girls have taken a single sip.

The next feeding was the same, he’d try and drink from the bottle, loose interest and wander to the water bucket. So I emptied out the water and put his milk in the bucket. He sucked it down instantly. So guess who gets a dish instead of a bottle now? 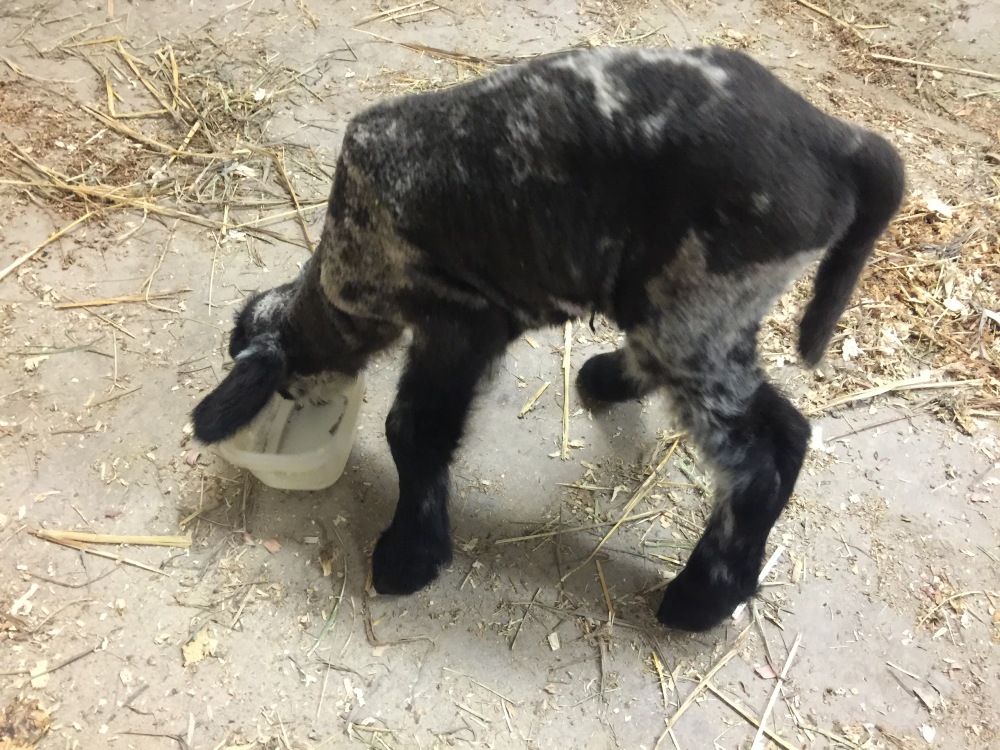 He’s still as skinny as a newborn but hopefully, now that we’ve figured out his eating preferences, he will start to plump up. And this totally resolves the issue of how to hold three bottles with only two hands.

We went for a short walk outside to celebrate 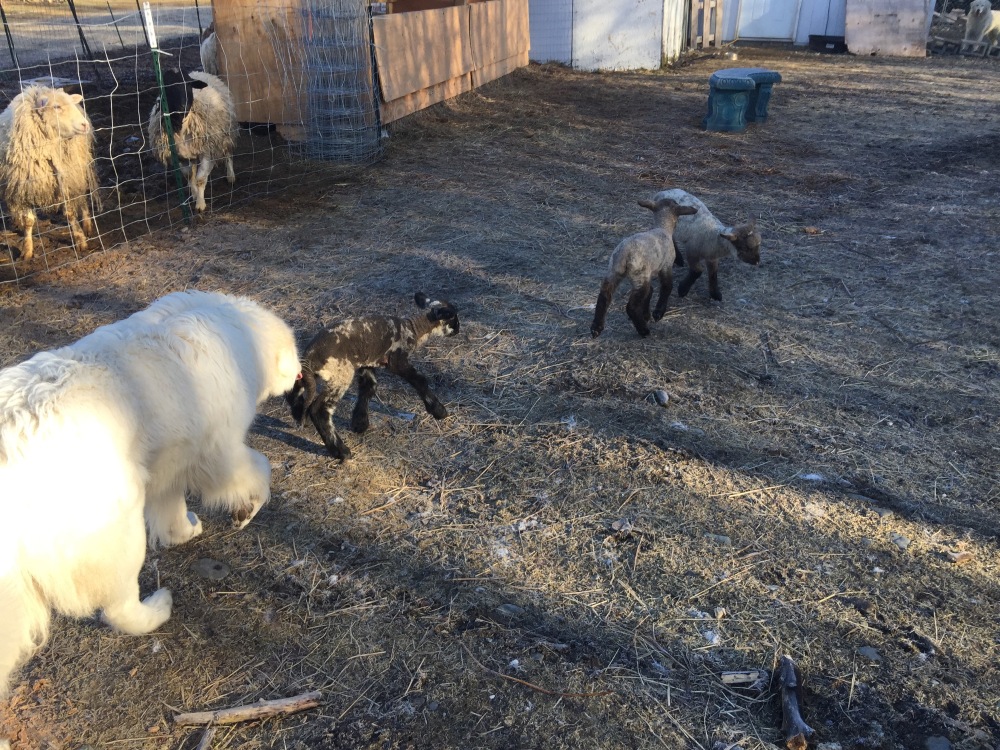 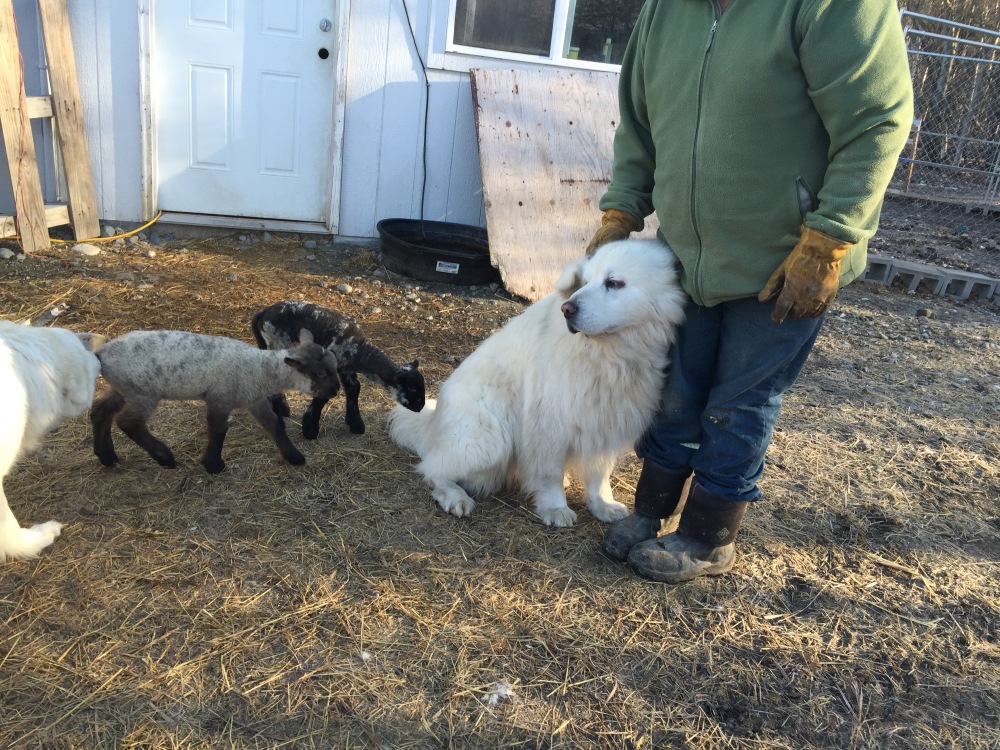 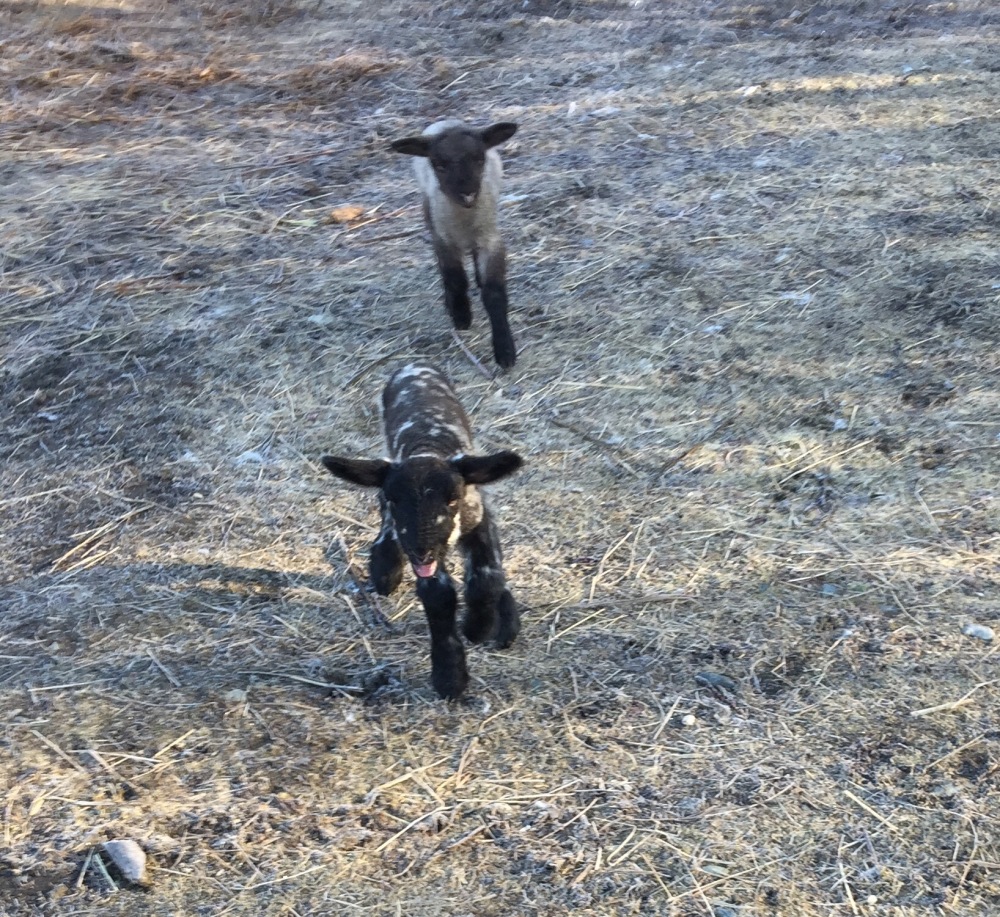 It’s been a long couple of days but with a little luck the hard parts behind us now.