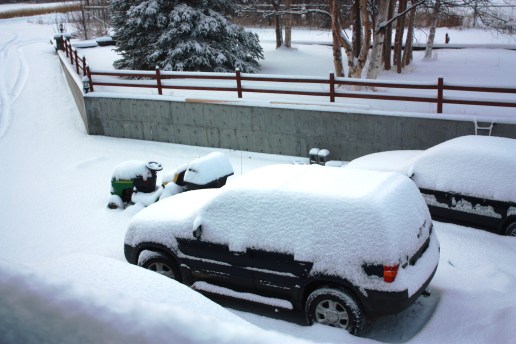 Anyone who lives in a cold climate will understand that when the temps are -20°F (or lower) all we think about is “Please, let it snow” because we all know snow can only happen at temperatures above zero, which, loosely translated,  means it’s much warmer.

After a week of air so cold it hurts your face I was thrilled to wake up to 8″ of soft fluffy snow. Of course all that snow does mean extra work shoveling and plowing, but the animals are so much more comfortable that I don’t mind the extra chores. 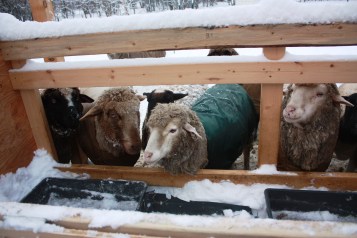 The sheep were all bellied up to the bar waiting for their breakfast instead of hunched and cuddled against the cold. They pecked and nibbled playfully at each other while they waited for their groceries. 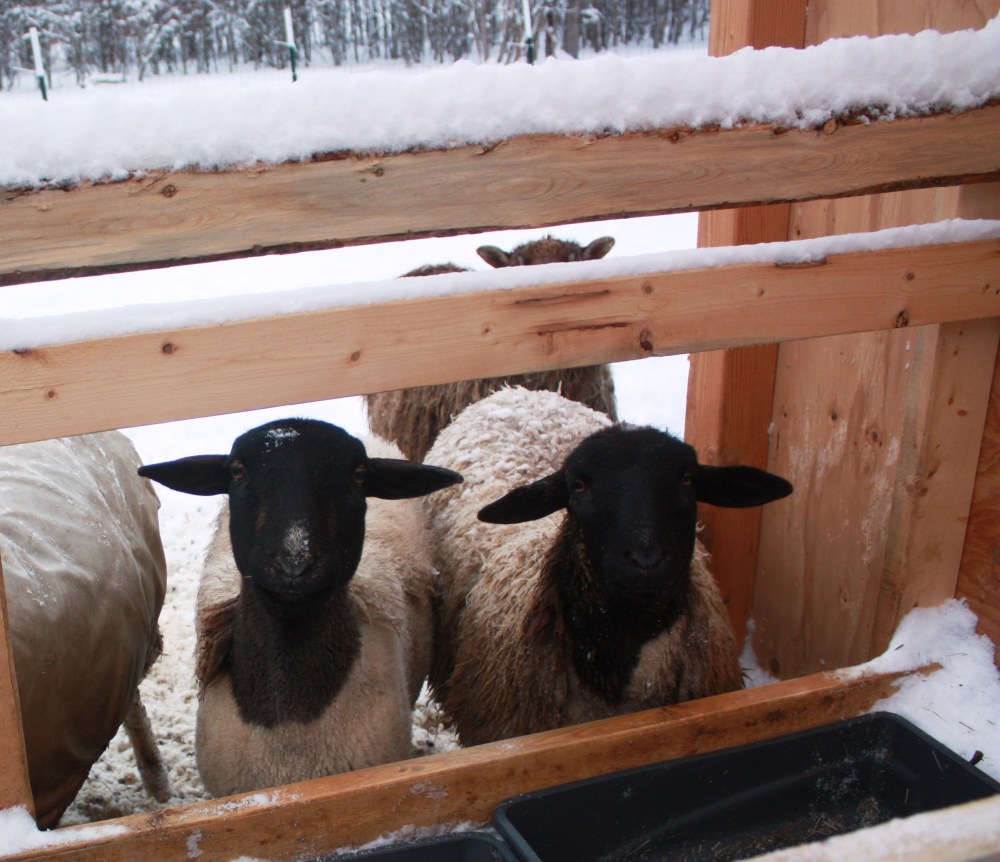 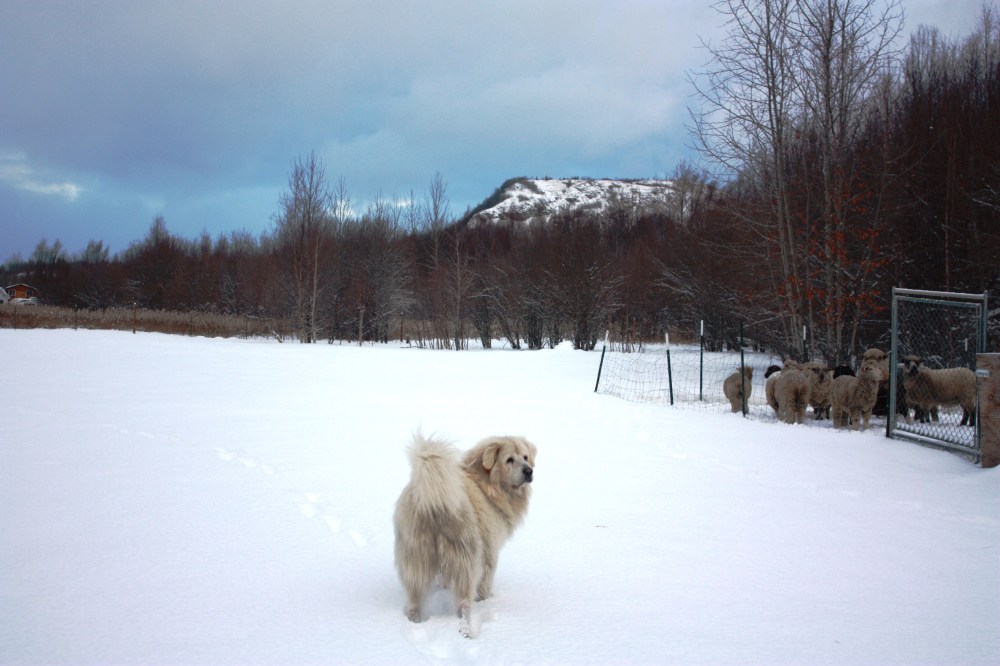 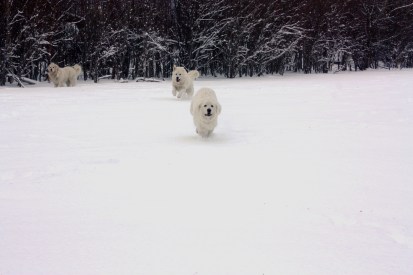 The dogs were super playful, but still take time to watch, making sure I was getting all my chores done before running off to wrestle in the deep snow.

Everything was done at full speed, which is their way of celebrating. They really love having fresh deep snow to play in.

These dogs are not bothered by the cold, and they dearly love the snow. They suffer more from warm temperatures than they ever will from the cold.

Mia especially loves to dash about. She enjoys the fact that she is far

faster than Al and taunts him by running circles around him. Rocco tries to keep up, and does give her a run for her money, but in the end, she’s still the fastest and enjoys showing off. 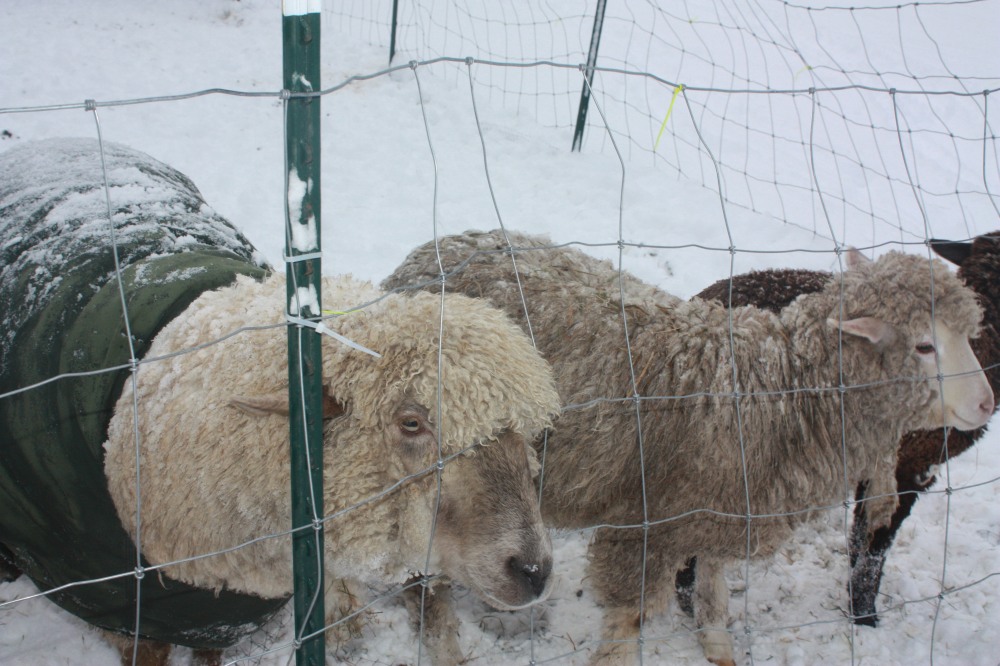 Woolly Nelson waits with his nose through the fence hoping I’ll pet him before The Littles press in for chin scratches.

Niko is still waiting to move in with the girls, and with this warmer weather the construction in the ewe pen will finally be manageable. It’s so very difficult to get excited about standing out in subzero temperatures trying to drive a screw through wood that is solidly frozen. It’s possible, just not very appealing.

I enjoy taking the time to watch the sheep munch happily on their hay. It

gives me time to look for any signs of illness or discomfort, to watch their antics as they vie for the very best dining at any given meal. Weekends mean I’ll be feeding in the daylight even if it means feeding time comes 4 or 5 hours late. The sheep will always tell you they are positively STARVING but since their rumin can hold up to 3 days worth of food I’m not too worried.

Even with improvements to feeding stations the sheep still manage to wear a good deal of their food. It’s adorable and endearing but also reminds me why I go to the trouble to coat them so the majority of their wool will be free of vegetable matter.

If you look closely you can see the ice and snow on Betty’s fleece. That tells us she is well insulated as her body heat has not passed through all that wool to melt the snow on top. It’s so adorable to see the sheep covered with a layer of snow and it’s very satisfying to know they are handling it just fine.