Mia has never been one to do things exactly the way I want. I mean, she’s a really good dog but she has her own opinion of just when and how a thing should be done.  Including this latest litter of puppies. 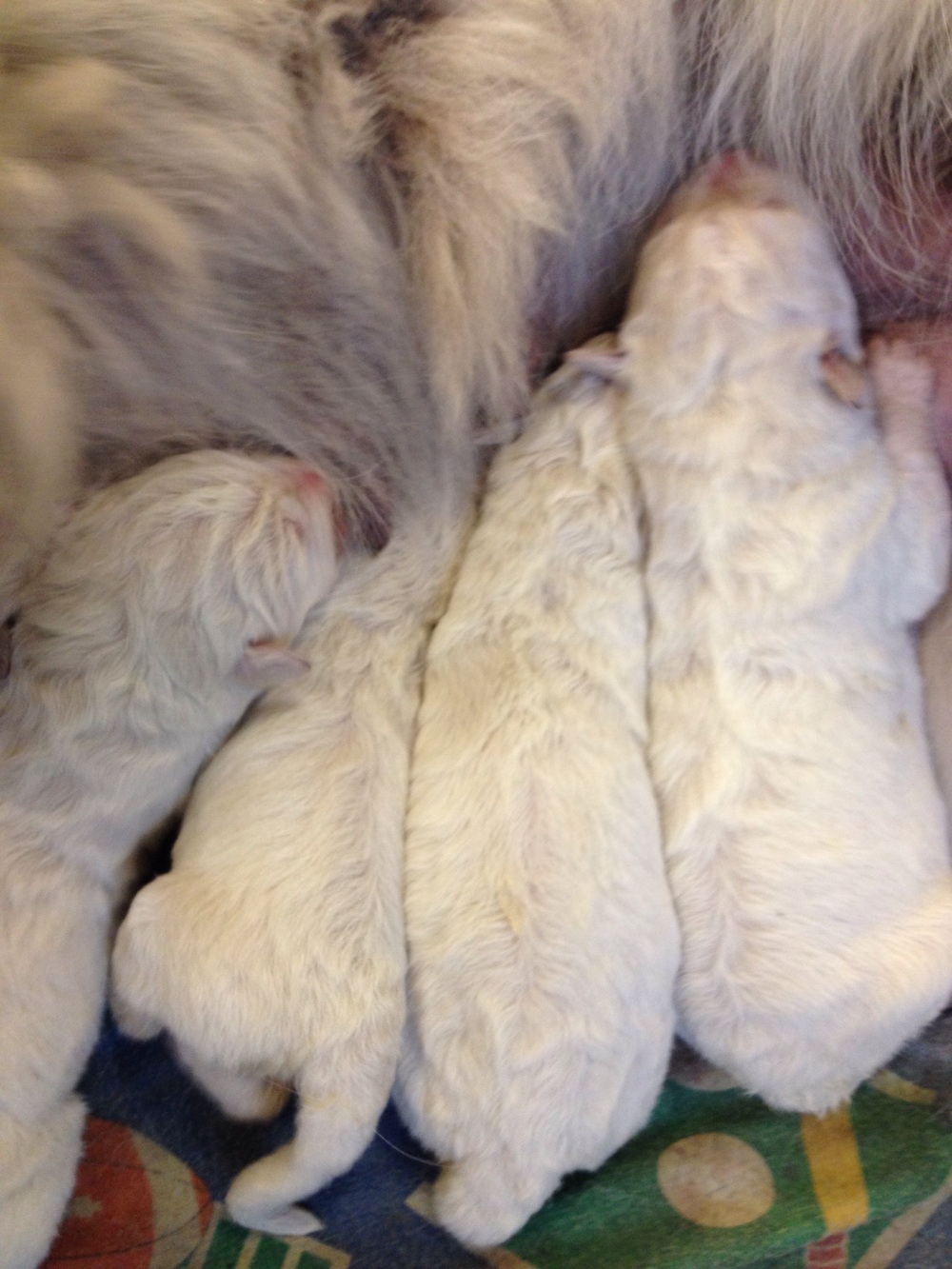 I thought we should have another week to go so I offered to help a friend get her sheep sheared. It was a beautiful sunny day, we had 41 sheep sheared in just over 2 hours, and we had enough hands to share the work so it wasn’t overly exhausting. ﻿

After all the fleece was sorted and put away Tom and I collected hay for Nellie and brought it home to feed her. As we pulled up to the gate only Al met us. Mia was nowhere to be found.  We called and whistled, still nothing. Not even barking. She is almost always barking.

Tom walked around by where the ewes and lambs were grazing because if an animal is stressed or stuck she generally won’t leave it until we come help, but again, there is usually barking. She has a distinct “come here I need thumbs” kind of bark.

I went around the other way to see if she was over by the compost or in the woods. I heard a peculiar sound like someone stepped on a very small dog, or a squeaky toy. I took another step and heard more squeaks. That time I was close enough to know they were puppy squeaks. I yelled for Tom.

Mia usually gets locked in a private area of the barn when she welps. She does not like Al or anyone else getting close to the babies. The only part of the barn she had access to yesterday was not private enough, all the dogs have access to it. So she chose a more private location, under a box, out in the pasture.

The box in question was originally used to ship some kind of heavy equipment. It’s a roughly 8 or 9 foot square, built with strong heavy lumber, more like a heavy duty pallet with space between the boards but with a frame around it to hold things in. It’s upside down so she had crawled under and into the farthest corner to make her den.  Tom and Karl helped lift it up so I could climb under and get puppies. Mia had 4 at that point, all in the dirt but looking great.

We moved the puppies and Mia into the part of the barn the sheep and lambs had just vacated. She looked relieved to see her swimming pool we use as a welping box.  And immediately began checking and washing pups as I set them in. ﻿ 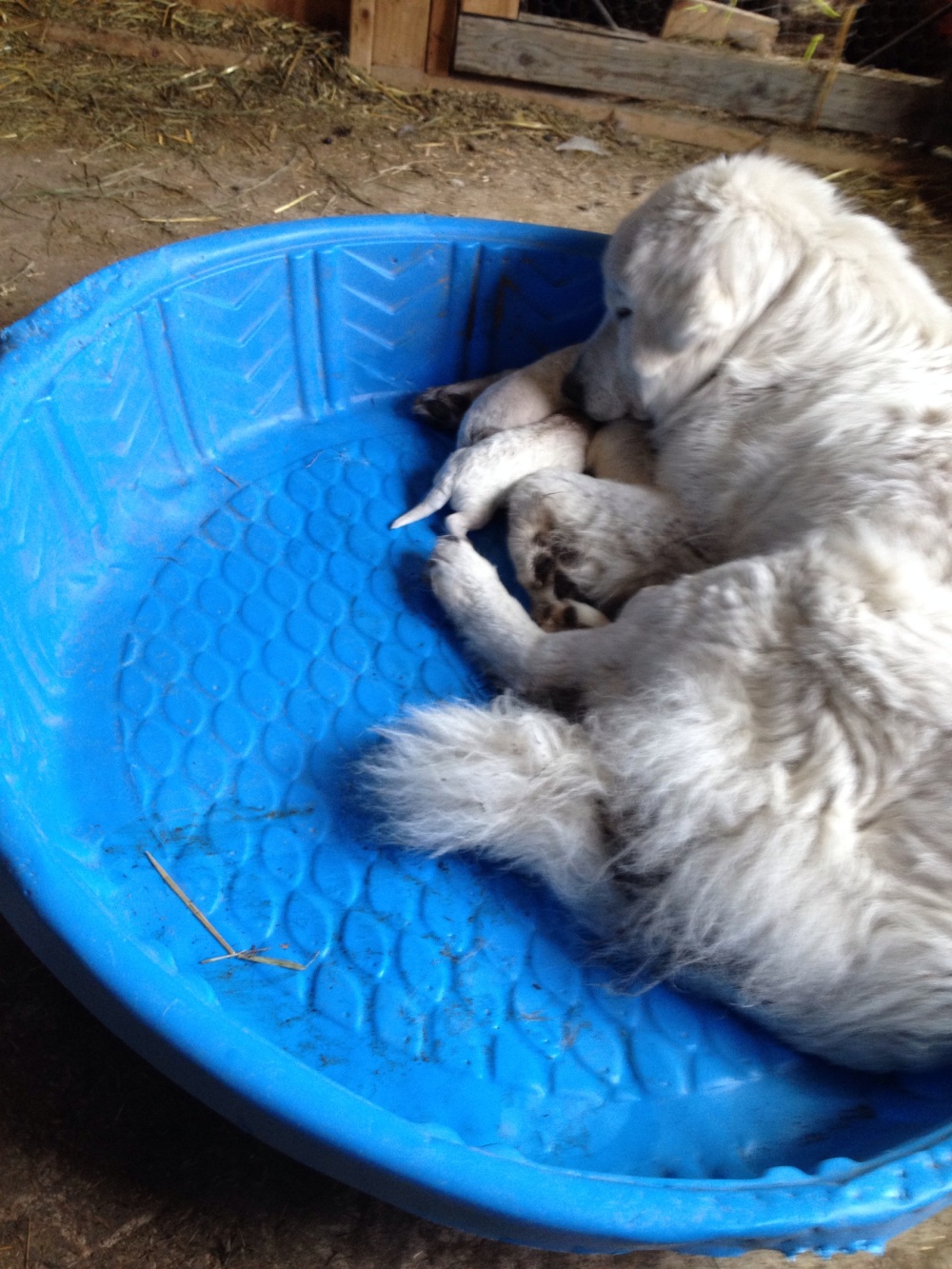 Once she was certain I had returned all of them, she settled in. Soon we had another boy. Her other two litters had each been 5 girls 3 boys so we thought this might just be Opposite Day.

She was smaller this time, one of the reasons I thought we had more time to prepare. But it turns out the timing was right, none of the pups are premies, there just wasn’t as many of them.  Only 6 this litter. And they are ALL boys.

She is, of course, a perfect mom and we are thrilled that all are healthy and perfect. ﻿